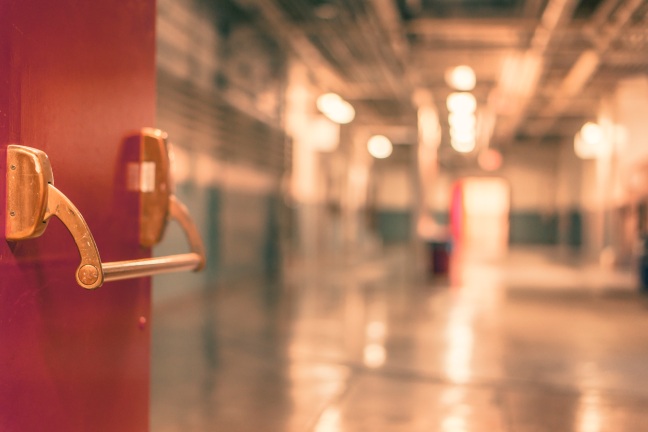 As children, we are happy enough to test uncharted territory and take a chance on the unknown. At some point as we grow older, we seem to become resistant to risk. The unknown becomes murky water that we don’t want to swim in. Often, this can be a real hindrance to making a decision – there’s that little voice in your head focussing on all the things that could possibly go wrong, even if it’s just a 0.01% chance. Each scenario is blown out of proportion and before you know it, years have gone by, as have many opportunities.

I am guilty of this and can recall at least three decision points in my life thus far where my risk aversion has led to a decision that I’ve later wished I’d acted differently. Some relate to love, some to professional aspirations and some probably fit into the “small stuff” category, but they all ended up the same – that troubling question “what if?”

What if I allowed that first crush at school to become something more? (Admittedly, other factors were at play here as I was not remotely ready or comfortable to accept myself as gay at the ripe age of seventeen at an all-boys school).

What if I lasted longer than three days in my first choice at Uni (Professional Writing, funnily enough) before the self-doubt kicked in about being able to forge a career in this field? (Side note: it may have taken eighteen years to come back to it, but I absolutely can’t wait to start my Professional Writing journey in a few months time).

What if I had chosen to live and work abroad in my twenties as I so often dreamed of doing? The fear voices were particularly strong on this one – my parents had recently separated and I felt I would have been abandoning my mother in her time of need to selfishly pursue my wish of living on the other side of the world.

I have come to realise that this is where it is important to understand something about choices – I believe the decision you make at a particular time is likely the best decision you could make at that time. You don’t know what you don’t know and it’s the journey you take that teaches you this. I can sit here now after all of these years and ponder what could have been if I had decided those scenarios differently, but I also know that those decisions I made were probably right for that time of my life, as I wasn’t ready for the other options at that time.

The other important factor is not to look at decisions you’d make differently now as a failure. Look for what you learned on the path that you actually took, rather than focussing on what you think you missed out on. It might even highlight the things you’ll do differently next time you face a similar decision point. My current (soon-to-be-ex) employment is an example of this – I went from one corporate finance role that I wasn’t enjoying to another corporate finance role, thinking that a change in scenery (and more money) would somehow fix everything. Six months later, I was as miserable in this new job as I was in the one I left. Has this six months been a risk that was not worth taking, or worse yet, has it been a failure? Not in my eyes, no. I choose to see this as the definitive proof I needed to cut ties with the corporate finance world and go back to a pursuit that makes me happy, makes me feel that I am contributing something positive to the world around me, while also being something I can sustain a lifestyle from. I’m embarking on a change that will see me shift the balance from being a life supported by a career, to a career that will support my life.

Try not to think that this kind of action is only for the brave. I have been surprised at the number of people who have told me they are impressed by my courage and bravery for making changes, pursuing a passion and downsizing the things which are not necessities to me. I don’t see it like this at all. This is about finding whatever it is that fulfils you, and importantly, sustains you. Money is not that shiny happy object, and it never will be. Yes, having enough money to get by is important (I’ve been on the verge of declaring bankrupt, so I know what it’s like to be on the wrong side of money too), but if you’re living a life that doesn’t fulfil you in any way other than your bank account, you might reach a point one day when you’ll do the same thing I’ve done. It isn’t brave to seek the things that make you happy, it’s what we all should be striving to do.

This brings me back to the fear. Why are we so afraid to fail? Life is about always learning and seeking new experiences to foster that learning. No one will ever have a 100% success rate at decision making, but I’m reasonably sure there’ll be a high percentage of regret if you keep missing out on opportunities as they present themselves, if the only reason you’re not taking them is from a fear of the unknown. Yes, you might not be ready, and that’s completely fine, but you need to take a chance at some point. There’ll be a time when you need to open that door.

A quote from the wonderful J.K. Rowling says it better than I ever could:

“It is impossible to live without failing at something. Unless you live so cautiously that you might as well not have lived at all, in which case, you failed by default”.